Being a tourism enthusiast, I couldn’t keep quiet to see how the tourism is going ahead after math the earthquakes. And, I sensed myself to know all the effects the earthquakes has rendered to our people and our tourism properties.

The day 1st August, 2015, when I drove to Chitwan, I was happy to see that the highway has not been affected by the earthquakes. In fact, the highway remains intact and I found it as earlier. So, the rumors of the highway being destroyed was diminished as far as I am concerned. People were happy with their usual smiles and they welcomed us everywhere. In spite of their happiness which was reflected in their faces, they were little bit disturbed due to earthquake and they related me the actualities during and after the earthquake.

As I was also involved in humanitarian cause, I talked to the people to lend their hands to help the people devastated by the earthquakes.

Upon arrival at my destination i.e, at Tharu Village and spending half an hour to freshen up physically and mentally, I followed an elephant crossing the Rapti river and Mr. Dhanlal from the Camp whispered me about the presence of rhinoceros near by the river.  It was an exhilarating experience to me. 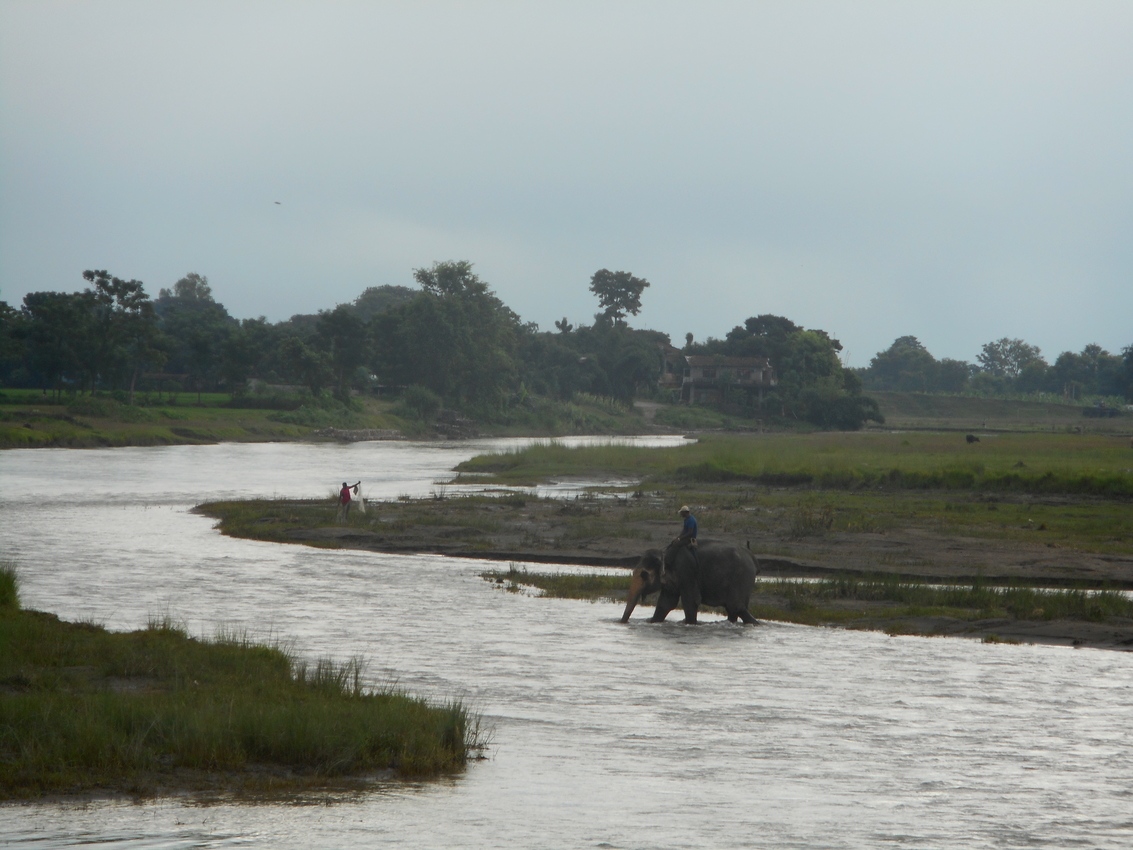 I noticed sorrowness, aspirations and their firmness on their faces to overcome all the difficulties and create again a conducive atmosphere to bring back all the laurels to the Chitwan valley. Thus, the lovely and energetic people from the camp invited me to go for a small elephant safari and I was very happy to note that the tourism started to move on. As I find nothing has happened in and around Chitwan, I felt myself to carry out all the things which I need to do for the promotion of Chitwan and it’s forest and make the people like Mahots and others to be able to get their bread and butter.

To my surprise, I noticed a bunch of tourists bicycling in and around Sauraha. And, I approached these people to share their experiences. During the conversation, they told me they were having a nice experience of their stay in this natural surroundings. There was a gentleman, Mr. Jose Carlos from Barcelona, Spain, he narrated me how he helped the victims by the earthquakes. He told me that he didn’t find any sort of big problems after math the earthquakes as he experienced a joyful stay in Sauraha when he met villagers and children. He also added that he was having a fun when he met Europeans during his bicycling.  He also quote in his own language to send a good message “No hay gran problema, todo esta bíen” 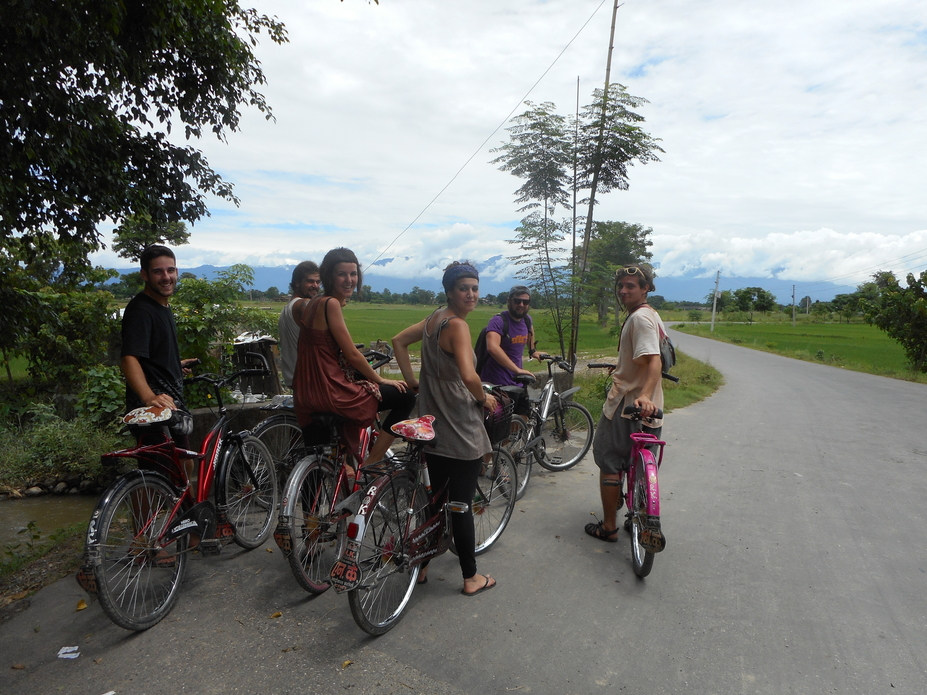 At the end of the conversation with Mr. Jose Carlos, I make up my mind to go to my camp and on the way, I saw a small grocery shop with the hard drinks. I saw an aged man going through with teachings of the Bagbhat Geeta. He was not a priest but he loves to read to pacify himself and get strength to move ahead in his business and in his life. He said “Change is an inevitable”. He hoped that positive changes will be there after this earth quakes. I was interested by his feelings and his hopes. 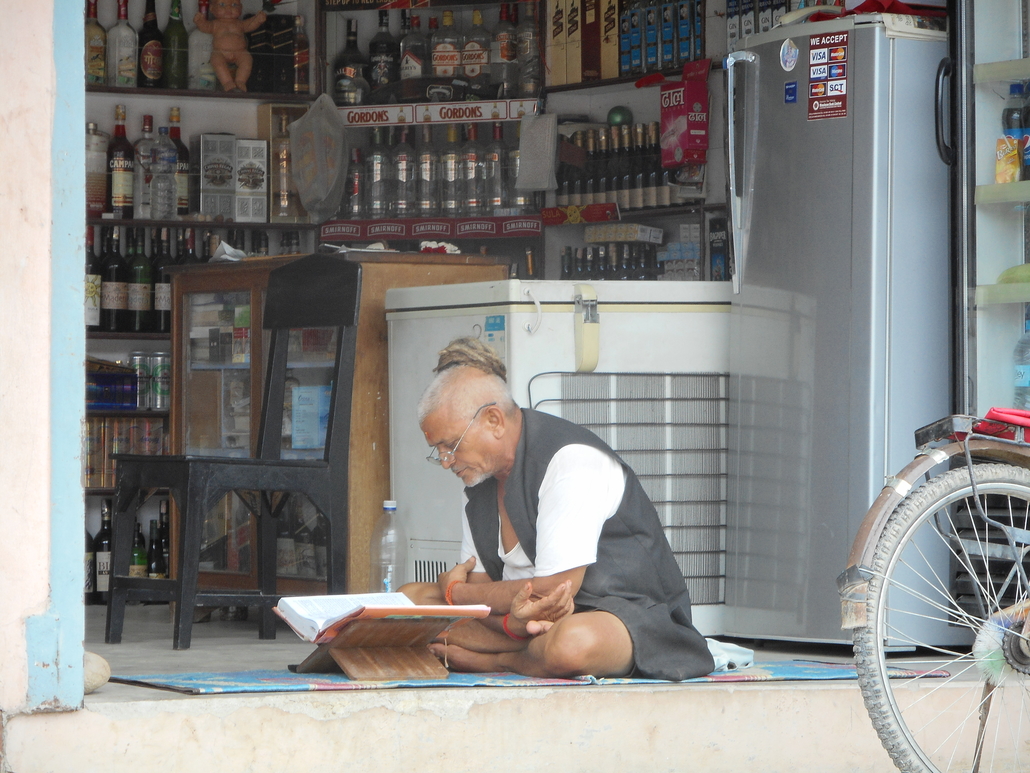 Finally, while I was approaching to my camp, to my dismay, I saw an old man along with his grandson staring at me to receive something. The grandfather was making fishing bag and with a slightly smiling face, may be he remembered his young days and romantic life. And, when I asked him the reason behind the energetic face, he told me in Nepali “Tan Budho baye pani, Man budho chaina” and in that way, he liked to put forward his eagerness to work. He told me that he still involved in the economic activities to provide the food to 19 members inclusive of his two beloved wives. He also added that he is still in command to create harmony in the family. 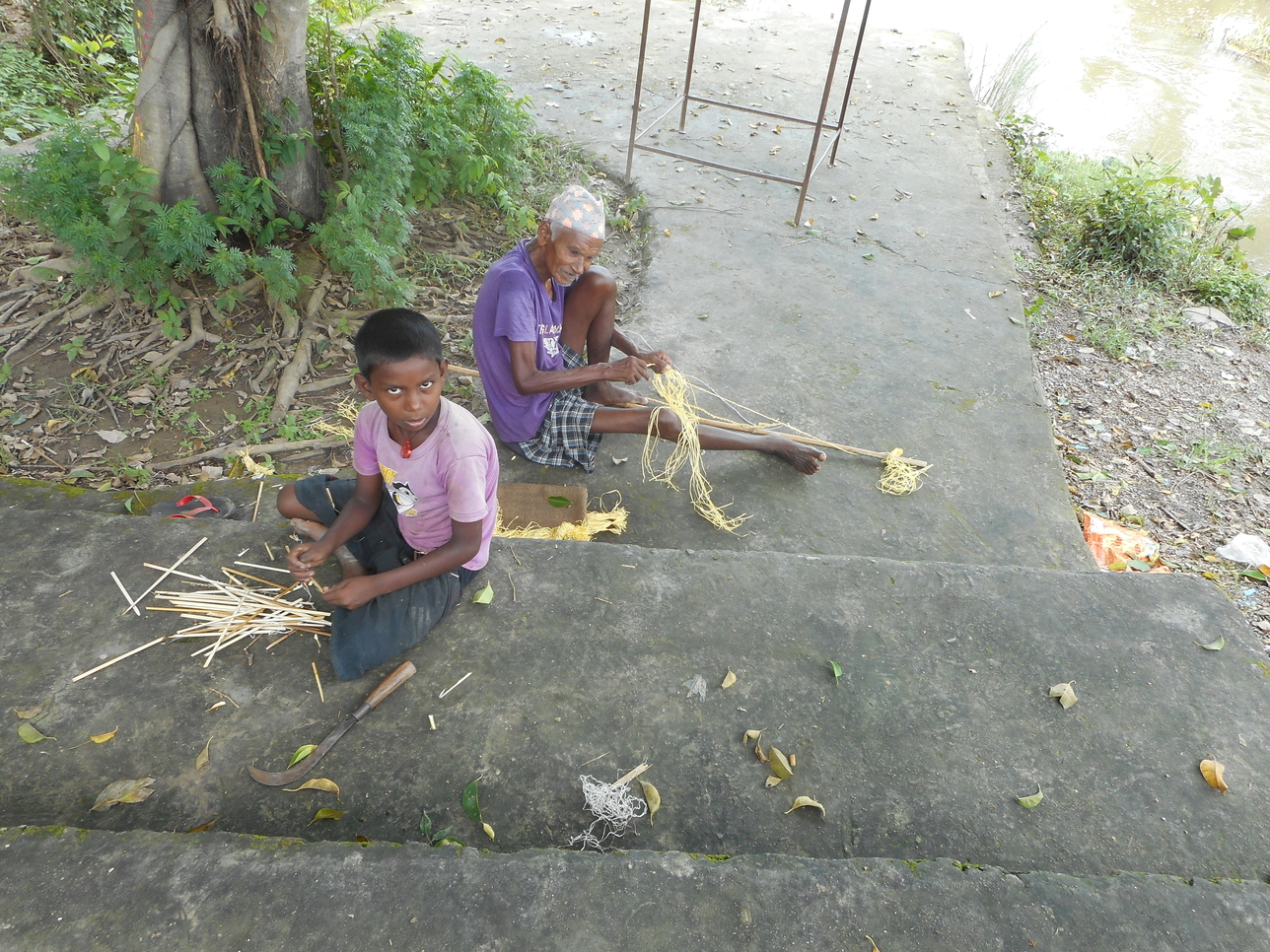 As I believe in the work and let the people work creating the jobs. I firmly believe to get work for the people rather than the donations. Keeping it in mind, I also relate the same things to my counterparts from foreign lands. 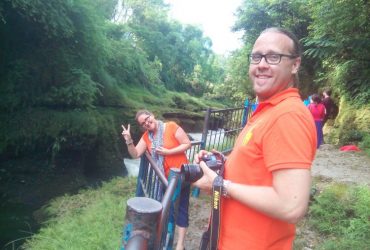 Being a tourism enthusiast, I couldn’t keep quiet to see how the tourism is going ahead after math the earthquakes.…